Dave has been with Dahlkemper Landscape Architects & Contractors since 1995. He spent summer breaks during his college years working in the field for the company as a laborer and foreman learning the business from the ground up by some of the most skilled and experienced foreman in the industry.

Dave graduated from Penn State University in Landscape Architecture in the spring of 1998 and began working full time on commercial and residential designs with Dan. Some of the projects include Liberty Park, Pleasant Ridge Park, the Softball and Baseball fields at Behrend, and many others.  He became licensed in 2001 as a Landscape Architect, Wetlands Delineator in 2003 and Certified Arborist in 2009.  Dave is also a Pennsylvania Commercial Pesticide Applicator.

In 2012 Dave became an owner and partner with Dan and began a company purchase transition period. Dave was installed as President and majority owner of the company in 2018 and sole owner in 2022. He enjoys the challenges of business ownership but mostly enjoys the interaction with all the great people in the company, industry and the clients we serve.

Married to Katrina, they have 4 children that keep them busy with ever-changing activities.  He enjoys growing a garden in the summer and working outside. In his free time he enjoys hunting and spending time with Katrina and his kids. 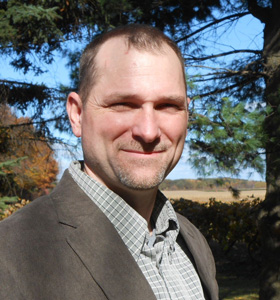 Thank you so much for the beautiful backyard. I have been enjoying it so much! My "magical" lights still delight me and no further news from neighbors. The whole effect in the yard far exceeded my expectations. You and Mike did an outstanding job!