In 2000 we were asked to come to Titusville and work with the University of Pittsburgh Physical Plant to develop a plan to tie the campus together. The campus was split by Walnut Street and talks with Titusville officials was favorable for closing the street and making the campus more cohesive.

Campus identity was important and these strong gates using salvaged stone from an existing wall help to give it a feeling of age in the new structures. The public walks flowed into the new central spine that took the place of the street. 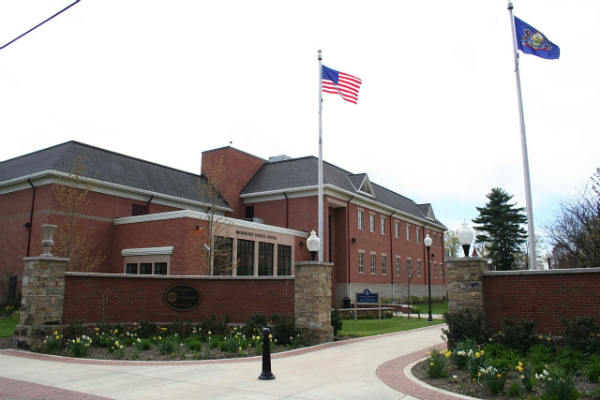 The new access still had to accommodate emergency, maintenance and delivery vehicles so it had a thick cross section and a 12’ width which helped to define hierarchy. The brick banding was set in to provide a more human element and make the walkway look a little narrower. 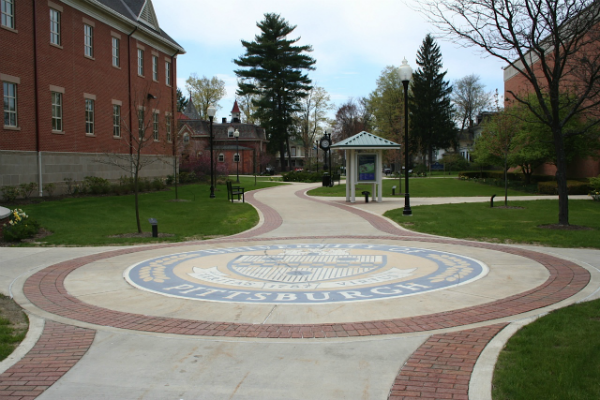 Campus elements of an antique street clock and a contemporary kiosk became features of this streets cape. Other campus elements became part of the vocabulary of the campus, the street light, ash and trash receptacles and the benches. 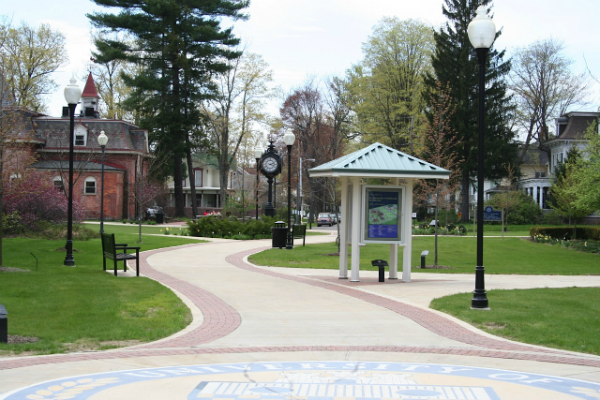 This project helped Pitt-Titusville become a better campus with a better environment for its students.

Just a quick note to let you know how pleased we were with the job that both Tony & Gene did on our landscaping at our house. They were always there when we needed a question answered or a problem solved. We appreciated their attitude and would highly recommend your organization to anyone.

Thank You
The Kleins - Pat & Rick